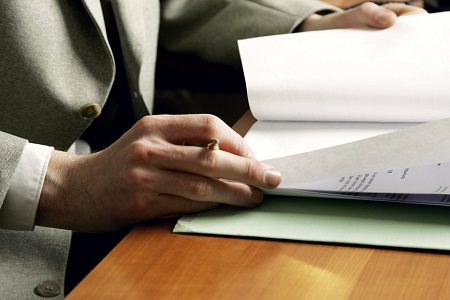 The majority of new enquiries received at our office are from individuals with no previous convictions and no previous experience of the Criminal Justice System. They have often had a knock on the door by police with no prior warning and then phone us in a state of panic after the police have seized their computer equipment and / or conducted a formal interview under caution.

Many of our new clients in these circumstances initially tell us that they feel their life is over and that there is no hope. They often feel totally despair and are concerned that prison is inevitable.

In all such cases we advise that if you receive the proper advice and representation it does not have to be the end of the world; and since opening in 2012 we have helped hundreds of clients obtain the very best possible result, whether that being the case being dropped, being found not guilty or receiving a lenient sentence.

Client (a school teacher) pleads guilty to making a large quantity of the most serious Category A images as well as possession of extreme pornography. Avoids immediate prison (despite guidelines suggesting a starting point of 18 months custody) due to meticulous case preparation whereby numerous character references and evidence of counselling obtained, and a detailed, eloquent plea in mitigation being made by Michael Skelley of counsel which explained the complex background to client’s offending, his remorse and the steps he had taken to address his offending behaviour.

Client sentenced to a suspended sentence order with community requirements including unpaid work.

Client found NOT GUILTY of making indecent images found on his mobile phone. The Jury accepted his explanation that any images on his phone were there without his knowledge after expert evidence obtained by the defence, which suggested that, the origin of the images was from a memory card that had ‘contaminated’ client’s phone.

Client (non UK resident) pleaded guilty to large quantity of Category A and B images. Avoided prison despite being unavailable for any form of community based sentence or punishment due to residing abroad. Very difficult case due to lack of options (apart from prison) available to the court. Eventually received a suspended sentence order with NO conditions. Amazing plea in mitigation from client’s barrister Genevieve Reed (outlining in detail:  remorse, exemplary past conduct, effect of prison on family, steps taken to address offending behaviour etc.) backed up with character references and counselling reports meant client avoided prison despite guidelines suggesting a 12-month immediate prison sentence was appropriate.

Advised client in his dealings with the Met Police. Client had been subjected to a ‘dawn raid’ with officers armed with a search warrant.  Allegation was that his ip address had been used to access images. On consideration of the search warrant it became apparent that the officers had entered the incorrect address! Representations made to senior police officers resulted in investigation halted and case being dropped. This case highlights the necessity in all cases to never take anything for granted and to meticulously consider all relevant paperwork to ensure that police have followed correct procedures.

The above cases are just a few examples as to how we can make a difference. Since 2012 we have advised and represented over 600 clients and have an unrivalled ‘success rate’ of over 99% of our clients avoiding prison despite the sentencing guidelines clearly stating that the starting point for possession or making of Category A or B indecent image is an immediate prison sentence.

If you are being investigated or have been charged with an indecent image offence call us now for immediate free and confidential advice as to your options.